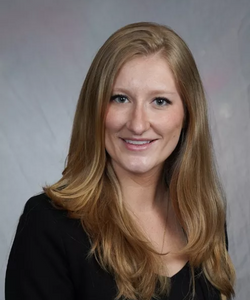 Michaela Weaver joined Keches Law Group in 2022 after spending two and a half years working at a premier boutique civil litigation firm in Boston. Michaela is passionate about helping others and strives to achieve justice in the courtroom for people who have been harmed by the negligent, discriminatory, and intentional wrongful conduct of others. Michaela works with John Martin and Thomas Wood in the Torts Department at Keches and represents clients who have been injured due to negligence, medical malpractice, harassment, abuse, and discrimination, with an emphasis on cases involving sexual harassment and sexual assault in the workplace, at schools and colleges, as well as residential care facilities.

In 2019, Michaela graduated from Suffolk University Law School with Distinction in the Trial & Appellate Advocacy Concentration. While attending Suffolk full-time on an academic scholarship, Michaela dedicated her spare time to helping indigent criminal defendants through pro bono work with the Committee for Public Counsel Services in both Suffolk and Middlesex County. Her dedication to pro bono work was recognized by the Massachusetts Supreme Judicial Court’s 2018 Pro Bono Honor Roll Award. During law school, she was a member of Suffolk’s nationally ranked student trial team and was a regional finalist in both the National Trial Competition and the Peter James Johnson National Civil Rights Trial Competition. She also received academic accolades, including awards for Honorable Mention Oral Advocate and Best Motion to Suppress Oral Argument.

As an attorney, Michaela has already tried cases in both the federal and superior courts, and she has negotiated millions of dollars’ worth of settlements for her clients.

When asked about her work, Michaela says, “Holding wrongdoers accountable for their actions in order to get justice has always been my primary focus. Our clients often come to us during the worst period of their lives, and it is so important to provide them with a platform where their voices can be heard and where the bad actors are exposed. Without that accountability, justice is just an illusionary concept, rather than a reality.”