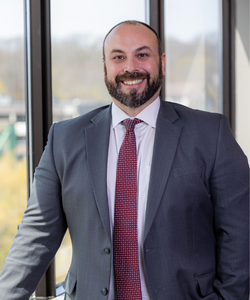 John T. Martin is the proud father of a severely disabled child who takes great pride in helping other families, like his, survive and thrive through catastrophic events. John joined the firm in April of 2022 after several years as a partner in a premier boutique civil litigation firm in Boston. John is a trial lawyer who has tried cases of all kinds before juries in multiple states. John is proud to represent clients that have been catastrophically injured at work or on the road, clients who have been victims of medical malpractice, and victims of sexual harassment and discrimination, with an emphasis on abuse in residential care facilities.

In the past, John was one of the premier criminal defense attorneys in the Commonwealth and played a pivotal role in discovering and exposing the Annie Dookhan drug scandal, which gained nationwide notoriety.  He was the first attorney to successfully overturn a conviction based on a drug lab technician’s misconduct.

As a civil lawyer, John obtained nationwide attention in the case of Lori Franchina v. City of Providence, which greatly expanded LGBTQ rights in the workplace.  He also received national attention with the case of Brian Goodrich, a construction worker who was permanently disabled due to a defective asphalt sealer who was awarded the 4th largest jury verdict of the year in 2018.  You can learn more about Brian’s brutal injury and his family’s fight for justice on The Great Trials Podcast.

More recently, John has taken action against the Archdiocese of Boston for allowing the abuse of children and against multiple schools and colleges for their failure to address the prevalence of sexual abuse on campus.

Some of John’s other results include:

United States Court of Appeals for the First Circuit, 2013

Massachusetts Academy of Trial Attorneys, Board of Governors