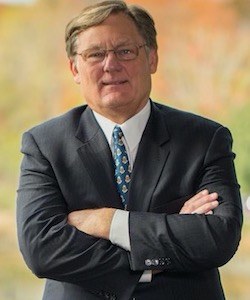 Brian Cloherty, is a partner at Keches Law Group, P.C. which he joined in 1988. He is admitted to practice in Massachusetts and the U.S. District Court. He is a member of the Massachusetts Bar Association and the Massachusetts Academy of Trial Attorneys, where he is a frequent guest lecturer.  Mr. Cloherty is an aggressive advocate for his clients, representing injured union members and other workers at the Department of Industrial Accidents, Social Security Administration and local Retirement Boards. “I get a tremendous amount of satisfaction helping clients through a difficult time and ensuring they receive the benefits they deserve,” says Mr. Cloherty.

Mr. Cloherty has been a guest lecturer at numerous trade unions for many years on the topic of Workers’ Compensation.  Mr. Cloherty is a graduate of the New England School of Law and received his undergraduate degree in criminal justice from Northeastern University.