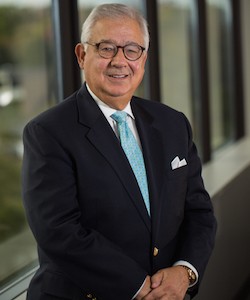 George Keches is the founding partner of the law practice consisting of the Workers’ Compensation, Personal Injury and Medical Malpractice Departments. Keches Law Group’s 30+ attorneys make the law firm one of the largest plaintiffs’ personal injury practices in the state of Massachusetts. Mr. Keches concentrates his practice in Workers’ Compensation and other related areas of the law and is considered to be an authority in the field. He has a reputation for being one of the most aggressive and knowledgeable attorneys practicing law at the Department of Industrial Accidents and the Social Security Administration. Regardless of the case’s complexity, Mr. Keches enjoys a near unprecedented success rate. He routinely handles supplemental benefits claims that injured employees may be entitled to under federal Social Security and state Accidental Disability Retirement laws. Mr. Keches says that “representing injured workers when so much is at stake in supporting themselves and their families is the most satisfying career I could have chosen.”